Menu
AGENT LOGINLooking For A Career?

Helping Individuals, Families, and Business Owners SECURE their future and the future of their loved ones

It’s no secret riding a motorcycle poses a serious risk to the rider, and most riders are aware that motorcycle accidents are more likely to result in injury or death than car accidents. But most people don’t consider the hard facts: According to a University of Southern California study cited by The Examiner, motorcyclists are thirty-five times more likely to die in an accident than people traveling in cars. According to EdgarSnyder.com, in 2011, roughly 90,000 motorcyclists suffered injuries in an accident, and 4,500 motorcyclists died in accidents nationwide. Since motorcyclists pose a high risk of injury and have higher incidences of accidents while speeding, motorcycle insurance rates remain high across the country.

Even experienced riders who use all safety precautions are still at risk, and each year thousands of motorcyclists are involved in serious crashes caused by other drivers. While safe riding and the proper equipment can make a huge difference in the outcome of an accident, having good insurance coverage is always the next line of protection.

The basics of buying insurance for your motorcycle are, with a few important exceptions, similar to buying insurance for a car. Let’s cover the basics first: Each state sets its own requirements for bare minimum insurance, with all states requiring some amount of liability insurance, which pays for damage and/or injuries you cause to others in an accident. A handful of states also require personal injury protection (PIP), which pays for injuries you suffer in an accident, and a few require collision coverage, which pays for damage to your own vehicle.

When it comes to off-road ATVs, dirt bikes, and motocross bikes, your insurer may not cover damage or injury from recreational off-roading or stunt riding. Furthermore, if riding a dirt bike on roads and highways is illegal in your state, most insurers won’t cover them on your policy. Check with your insurer to find out what they cover, and whether you have to buy additional insurance.

Whether you’re a veteran rider or looking at buying your first bike, motorcyclists everywhere can benefit from taking a second look at their insurance company as well as their plan for handling an accident or a claim. By doing some basic research and asking your insurance company about discounts, you could save yourself more money than you imagined. And in case of an accident, your follow-through on the claim is nearly as important as a helmet and riding gear. Ride on! 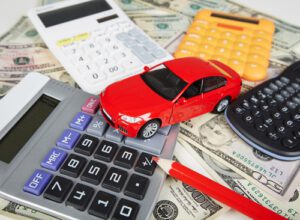 How Much Does Auto Insurance Cost In Missouri?