Helping Individuals, Families, and Business Owners SECURE their future and the future of their loved ones

An annuity is a contract between you and an insurance company that is designed to meet retirement and other long-range goals, under which you make a lump-sum payment or series of payments. In return, the insurer agrees to make periodic payments to you beginning immediately or at some future date.

Annuities typically offer tax-deferred growth of earnings and may include a death benefit that will pay your beneficiary a specified minimum amount, such as your total purchase payments. While tax is deferred on earnings growth, when withdrawals are taken from the annuity, gains are taxed at ordinary income rates, and not capital gains rates. If you withdraw your money early from an annuity, you may pay substantial surrender charges to the insurance company, as well as tax penalties.

A Multi-Year Guaranteed Annuity (MYGA) is a type of fixed annuity. It has a fixed interest rate that is applied to invested funds for multiple years in a row. Sound familiar? MYGAs are like bank certificates of deposit (CDs) in many ways. MYGAs are some of the simplest forms of annuities. This type of annuity is primarily used to grow funds as opposed to generating income.

A special class of annuities that yields returns on your contributions based on a specified equity-based index. These annuities can be purchased from an insurance company, and similar to other types of annuities, the terms and conditions associated with payouts will depend on what is stated in the original annuity contract.

BREAKING DOWN ‘Indexed Annuity’
Insurance companies commonly offer a provision of a guaranteed minimum return with indexed annuities, so even if the stock index does poorly, the annuitant will have some of his downside risk of loss limited. However, it also is common for an annuitant’s yields to be somewhat lower than expected due to the combination of caps on the maximum amount of interest earned and fee-related deductions.

For example, suppose an indexed annuity is based on the S&P 500, which earns 10% one year. The terms of an indexed annuity state that fees will be 2.5% and that the maximum cap on returns is 9%. In this case, the annuitant would only receive a total of 6.5% (9% – 2.5%) return from his or her annuity.

Fixed annuities are essentially CD-like investments issued by insurance companies. Like CDs, they pay guaranteed rates of interest, in many cases higher than bank CDs.

Fixed annuities can be deferred or immediate. The deferred variety accumulate regular rates of interest and the immediate kind make fixed payments – determined by your age and size of your annuity – during retirement.

The convenience and predictability of a set payout makes a fixed annuity a popular option for retirees who want a known income stream to supplement their other retirement income.

A Single Premium Immediate Annuity (SPIA) is a contract between you and an insurance comapny. By paying in a lump sum of money you are guaranteed to receive a series of payments over a period of time.

A SPIA provides a consistent income stream that helps pay monthly bills in retirement. You give an insurance company a single lump sum of money and they give you a paycheck for life, or longer, depending on the payout option you select. Annuity income can supplement Social Security benefits, income from investments, and retirement account distributions. 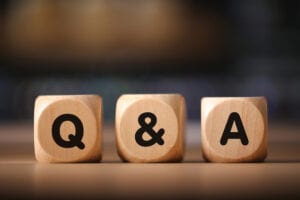 Important Medicare Q&As to Know in 2021